About Koromatua School- Who we are. 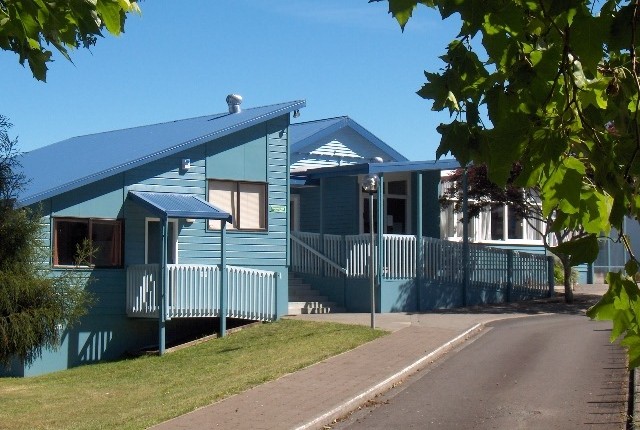 How Koromatua Got Its Name

Koromatua was formally Koronga Matua naa Puhaanga- The Sacred Stone of Puhaanga. Puhaanga was the first Tainui child born in Aotearoa, Maahanga was the direct descendant of Puhaanga, as are many of the Waikato tribes.

Koromatua was made up of a series of kaainga (settlements) and at least two urupaa (burial grounds). Ngaati Maahanga left Koromatua after the crown confiscation of lands in the 1860s and took up residence on their lands at Whatawhata, Waitetuna and other places.

The Koromatua School logo was designed by Yr 7/8 student Abe Hamon, circa 1997/98. The BOT/PTA ran a student competition to design a school logo and Abe Hamon's drawing won. It was on the basis of this drawing that the final logo was developed to its finished state.

The logo shows Mt Pirongia, the major geographical backdrop to both the Koromatua District and Temple View communities that attend the school. The red, black and white are traditionally important colours in Maori culture. The black and white lines with koru-shaped end pieces represent the Waikato and Waipa rivers. These rivers have important significance to both Maori and Europeans. The origins of the school motto "Truth and Love" are not definitely known. However, Graham Bull, an ex-principal of the school has pointed out that the motto does appear to be a reference to the scripture, "Speak the truth in love" (Ephesians 4:15).

The photograph used in the webpage banner was taken from a position just off Koromatua Road at the top end of Jury Road. It shows a panoramic view of the southern part of the Koromatua District, looking south towards Mt Pirongia.

A Brief History of Koromatua School

In early 1903 there were 11 children in the Koromatua District who were receiving no education, so the settlers sent a letter to the South Auckland Education Board, to start a school in the area. Many settlers were well educated and were wishing for a good education for their children. An inspector from the Auckland Education Board was sent to the district and recommended the starting of an "aided" school. In September, 1903, they (the Education Board) granted 20 pounds sterling towards the building of Koromatua School. Mr. W. Shepherd gave the land for the school, and by November 1904, the school was finished. It cost 40 pounds sterling, and consisted of one classroom.

The new school opened on 6 February 1905, having 10 children listed on the roll. Students were:  James, Fred, William, Priscilla & Julia Shepherd, Ruby, Clarise, Stella & Violet Terry & Ethel Mitchell.  James Shepherd was given the privilege of being FIRST on the roll.  Miss Eileen Laxon was the first appointed teacher.  At the age of 17, she taught at Koromatua, her first school.  One of the pupils was the same age as herself.

In July 1906, Koromatua School became a half time school. Three days were spent here and three days were spent at Tuhikaramea School. It remained this way until 1913, with about 20 pupils attending. Miss Mary Clark was then appointed a full time teacher. She stayed until 1924 and was remembered as one of the best early teachers. Miss Clarke was very dedicated to her job. She lived in Hamilton and had to ride a horse or motorbike on the rough metal roads to attend her classes. By 1915, control of the school was up to the Koromatua School Committee. After a while, they found the school too small, so funds were raised and the school extended in size over the next years that followed. School uniforms were slowly coming into fashion. In July 1938, a uniform was made, grey with deep red as a trimming. They had stockings, gym frocks, dresses, and caps. It was not compulsory to wear the uniform at that time, but in September 1938 more and more pupils were starting to.

In 1940, World War 2 had begun, so war precautions had to be taken. Air raid drills were an exciting event, even though none ever occurred, the children were educated about the war, for it was a very critical time for the whole of New Zealand.

By the 1950's, Koromatua had two tennis courts, where in winter, basketball was played. There was lots of room for cricket and football and any other field sports. The making of a small swimming pool failed, so in the summer, groups of children were taken into Hamilton to learn to swim. An important day for Koromatua was 'calf club day'. The children showed off their lambs and calves proudly as the judges presented them with ribbons and one cup for the champion calf.

In the late 1950's Temple View was constructed and although the number of students coming to Koromatua from Temple View was initially very low, over the last 2 decades Koromatua School has seen a large growth in the proportion of students coming from Temple View. The Koromatua district itself has seen large changes too, with a move from large farming blocks to life-style section developments. Koromatua School could now well be described as an urban school in a country setting.